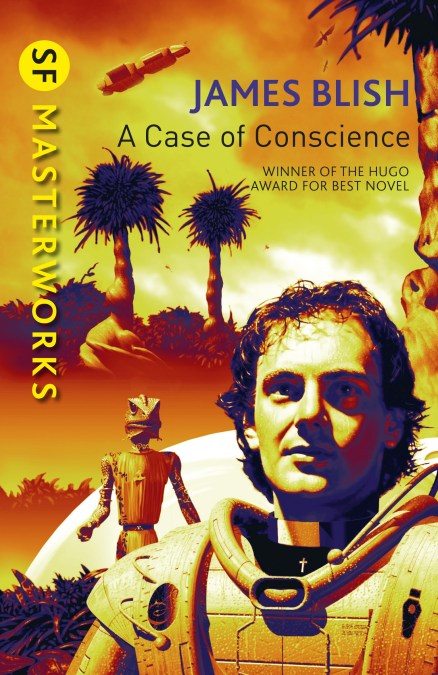 A Case Of Conscience

by James Blish
Father Ramon Ruiz-Sanchez S.J., is a part of a four man scientific commission to the planet Lithia, there to study a harmonious society of aliens living on a planets which is a biologist’s paradise. He soon finds himself troubled: how can these perfect beings, living in an apparent Eden, have no conception of sin or God? If such a sinless Eden has been created apart from God, then who is responsible?

Winner of the Hugo Award for best novel, 1959.
New introduction by Ken MacLeod. 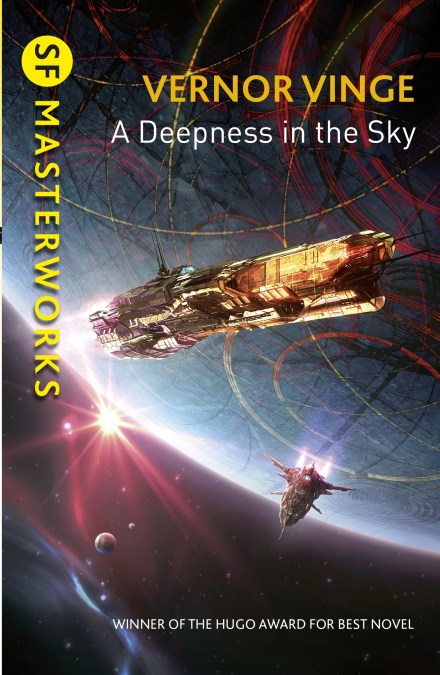 A Deepness in the Sky

by Vernor Vinge
The prequel to A Fire Upon The Deep, this is the story of Pham Nuwen, a small cog in the interstellar trading fleet of the Queng Ho. The Queng Ho and the Emergents are orbiting the dormant planet Arachna, which is about to wake up to technology, but the Emergents’ plans are sinister. 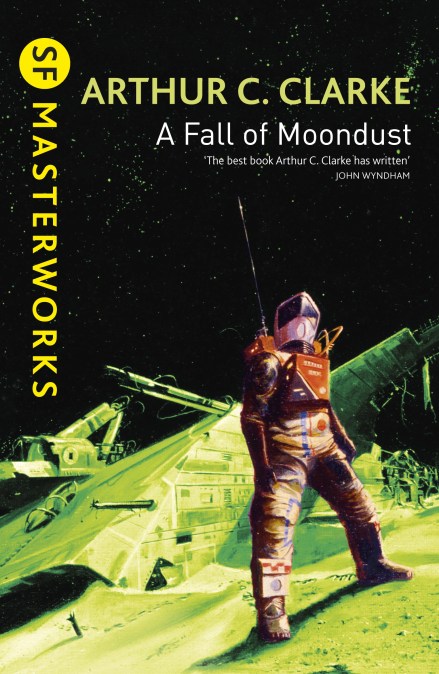 A Fall of Moondust

by Arthur C. Clarke
Time is running out for the passengers and crew of the tourist cruiser Selene, incarcerated in a sea of choking lunar dust. On the surface, her rescuers find their resources stretched to the limit by the mercilessly unpredictable conditions of a totally alien environment.

A brilliantly imagined story of human ingenuity and survival, A FALL OF MOONDUST is a tour-de-force of psychological suspense and sustained dramatic tension by the field’s foremost author.

Shortlisted for the Hugo Award, 1963. 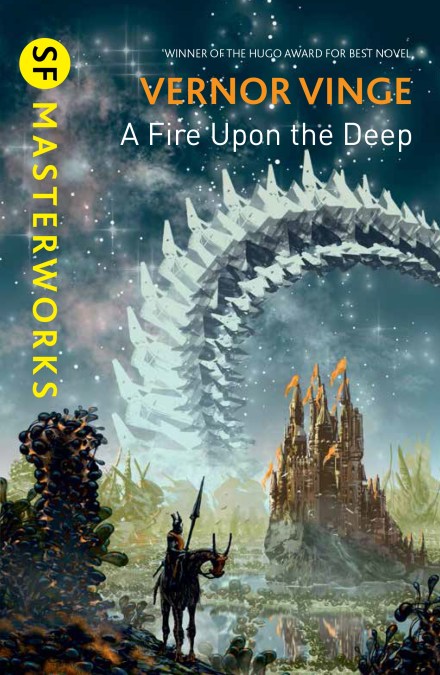 A Fire Upon the Deep

by Vernor Vinge
Thousands of years hence, many races inhabit a universe where a mind’s potential is determined by its location in space – from superintelligent entities in the Transcend, to the limited minds of the Unthinking Depths, where only simple creatures and technology can function. Nobody knows what strange force partitioned space into these ‘zones of thought’, but when the warring Straumli realm use an ancient Transcendent artefact as a weapon, they unwittingly unleash an awesome power that destroys thousands of worlds and enslaves all natural and artificial intelligence.
Fleeing the threat, a family of scientists, including two children, are taken captive by the Tines – an alien race with a harsh medieval culture – and used as pawns in a ruthless power struggle. A rescue party, not entirely composed of humans, must free the children – and retrieve a secret that may save the rest of interstellar civilization. 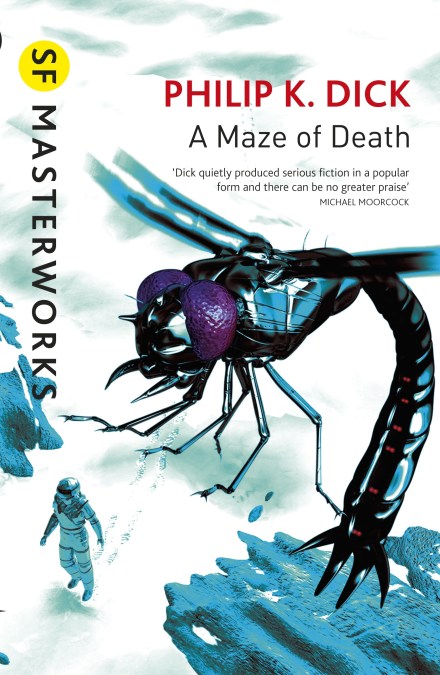 A Maze of Death

by Philip K. Dick
Fourteen people arrive on the strange planet of Delmak-O; they have nothing in common other than a desire to make a fresh start. And they have no idea why they are there and no way of escaping. And then the first murder takes place … 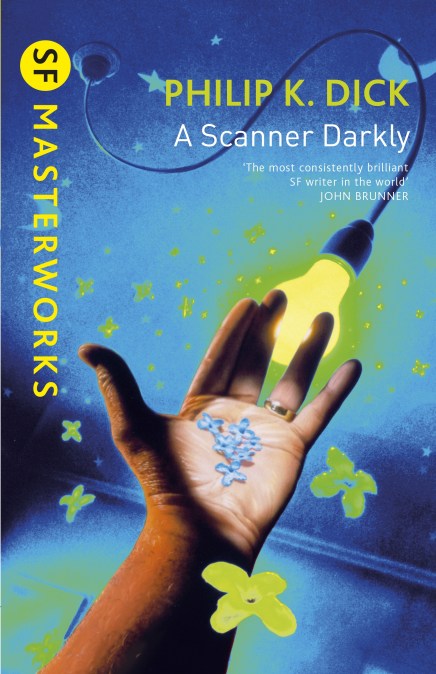 by Philip K. Dick
A brilliant sci-fi novel from one of the last century’s most influential pop culture figures

Substance D – otherwise known as Death – is the most dangerous drug ever to find its way on to the black market. It destroys the links between the brain’s two hemispheres, leading first to disorentation and then to complete and irreversible brain damage.

Bob Arctor, undercover narcotics agent, is trying to find a lead to the source of supply, but to pass as an addict he must become a user and soon, without knowing what is happening to him, he is as dependent as any of the addicts he is monitoring. 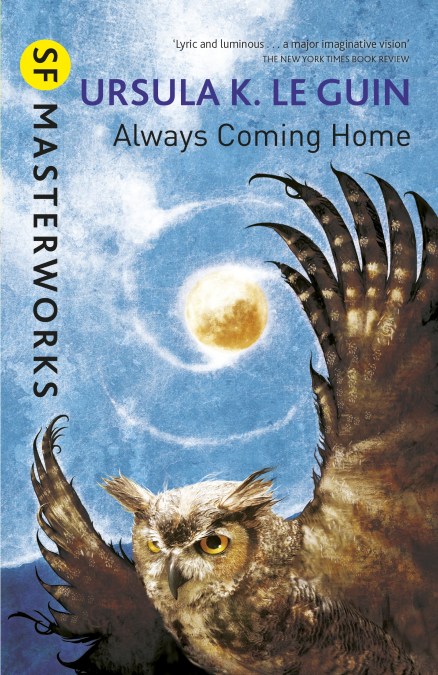 by Ursula K. Le Guin
A long, long time from now, in the valleys of what will no longer be called Northern California, might be going to have lived a people called the Kesh. 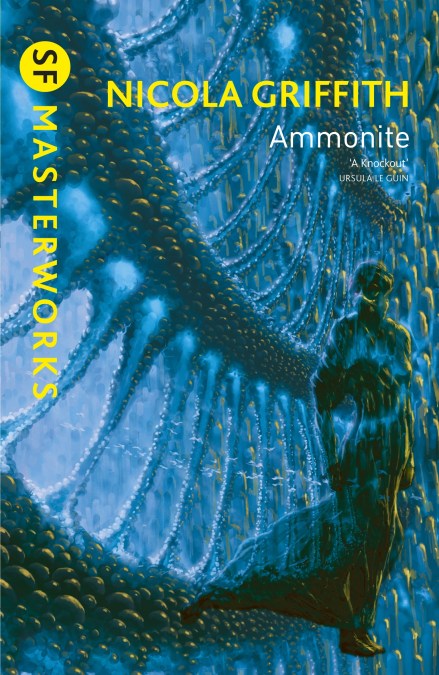 by Nicola Griffith
Change or die. These are the only options available on the planet Jeep. Centuries earlier, a deadly virus shattered the original colony, killing the men and forever altering the few surviving women. Now, generations after the colony has lost touch with the rest of humanity, a company arrives to exploit Jeep – and its forces find themselves fighting for their lives.

Terrified of spreading the virus, the company abandons its employees, leaving them afraid and isolated from the natives. In the face of this crisis, anthropologist Marghe Taishan arrives to test a new vaccine. As she risks death to uncover the women’s biological secret, she finds that she, too, is changing – and realizes that not only has she found a home on Jeep, but that she alone carries the seeds of its destruction … 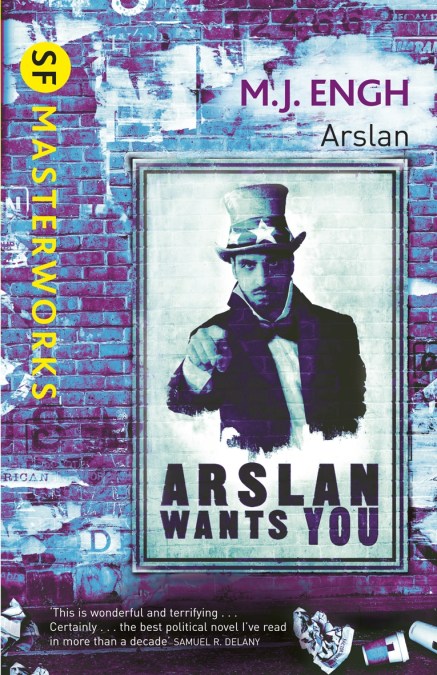 by M.J. Engh
A classic of political science fiction

Arslan is a young Asian general who has conquered the USA and then the world, with a small town in Illinois as the capital of his new empire.

Praised by the likes of Orson Scott Card and Samuel R. Delany, ARSLAN is a thoughtful but uncompromising work, one which still retains the power to shock. 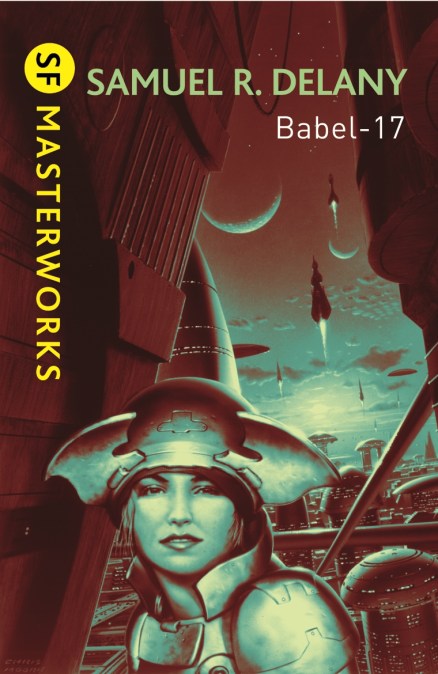 by Samuel R. Delany
In the far future, after human civilization has spread through the galaxy, communications begin to arrive in an apparently alien language. They appear to threaten invasion, but in order to counter the threat, the messages must first be understood.

Joint winner of the Nebula Award for best novel, 1966 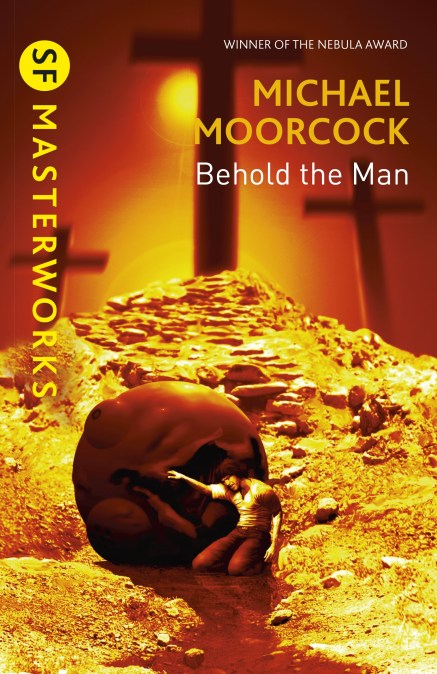 by Michael Moorcock
Meet Karl Glogauer, time traveller and unlikely Messiah. When he finds himself in Palestine in the year 29AD he is shocked to meet the man known as Jesus Christ – a drooling idiot, hiding in the shadows of the carpenter’s shop in Nazareth. But if he is not capable of fulfilling his historical role, then who will take his place? 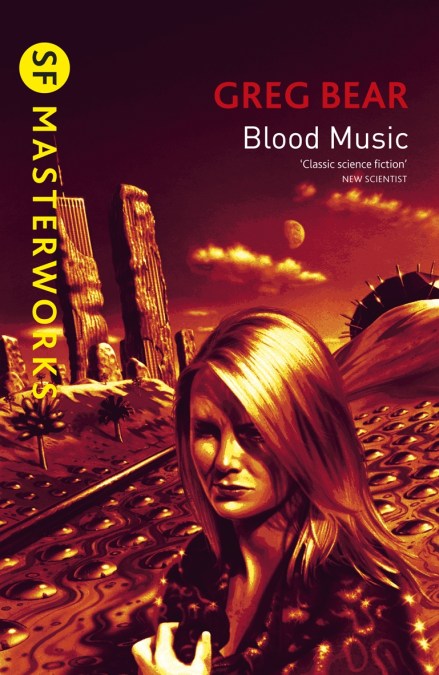 by Greg Bear
In the tradition of the greatest cyberpunk novels, Blood Music explores the imminent destruction of mankind and the fear of mass destruction by technological advancements.

Blood Music follows present-day events in which the fears concerning the nuclear annihilation of the world subsided after the Cold War and the fear of chemical warfare spilled over into the empty void of nuclear fear. An amazing breakthrough in genetic engineering made by Vergil Ulam is considered too dangerous for further research, but rather than destroy his work, he injects himself with his creation and walks out of his lab, unaware of just quite how his actions will change the world.

Author Greg Bear’s treatment of the traditional tale of scientific hubris is both suspenseful and a compelling portrait of a new intelligence emerging amongst us, irrevocably changing our world.
Next Page