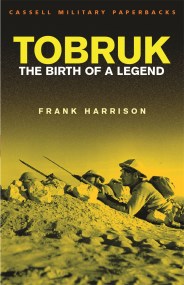 The 'Desert Rats' defeat Rommel: ' ... an impressive book ... highly recommended.' John Pimlott, MILITARY ILLUSTRATED The siege of Tobruk in 1941 was the…