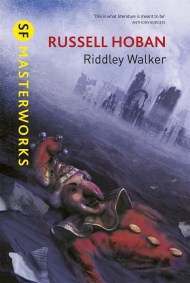 Set in a post-apocalyptic England, RIDDLEY WALKER tells the tale of one twelve year old boy and his journey through the ruins of civilisation. After…