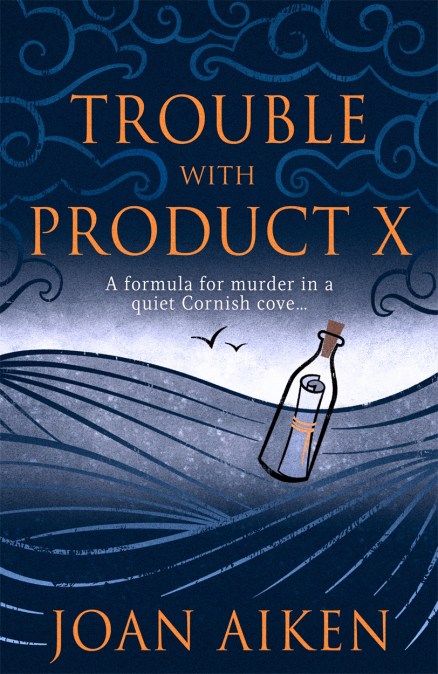 by Joan Aiken
A beautiful Cornish coastal village is the setting for a highly sinister conspiracy involving a kidnapped baby, mysterious monks and an almost irresistible new perfume…

Martha works for an advertising agency, filming a TV commercial on location on the stunning Cornish coast. The client is the eccentric owner of a chemicals company that has invented a new, almost irresistible perfume, and Martha is in charge of shooting the romantic ads – unfortunately starring his beautiful but highly manipulative daughter-in-law.

Before long, Martha finds herself embroiled in the conspiracy over the perfume’s true origin – to say nothing of a kidnapped baby, sinister monks, her own long-since vanished ex-husband and a series of exploding soup cans. And what of her own floundering love life…? 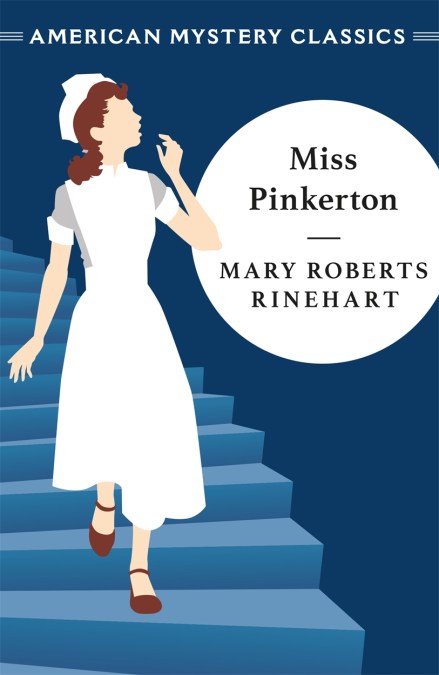 Everyone agrees that Herbert Wynne wasn’t the type to commit suicide. But he has been found, shot dead, the only other possible killer his bedridden aunt.

Inspector Patton of the Homicide Division sees this as the perfect opportunity to send in Hilda Adams, a nurse with a very special talent for detection. But when the sleuthing nurse arrives at the mansion, she finds more intrigue than anyone outside could possibly have imagined – and a killer on the loose… 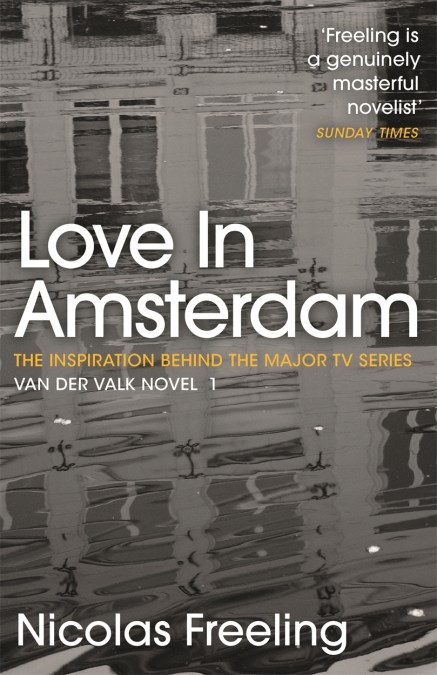 ‘Freeling’s Inspector Van der Valk is less rugged than Rebus, less parsonical than Dalgliesh, more Morse than Frost, and more Maigret than any of them. Marvellous’ – Anita Brookner

‘Freeling is a joy to read’ TLS

‘You’re in for a treat’ COSMOPOLITAN

A woman, Elsa, is brutally murdered in her Amsterdam apartment. Her ex-lover, Martin, is seen outside the building around the time of the crime. The witness who saw him? A policeman.

It looks like a straightforward case – but police inspector Van der Valk is not convinced. Despite all the evidence – and the fact that Martin originally denied he was at the apartment – he believes Martin is not guilty of murder. Instead of charging him, Van der Valk takes him on a tour: a tour of the investigation; a tour of Martin’s own past; and a tour into the darkly obsessive world of Elsa… 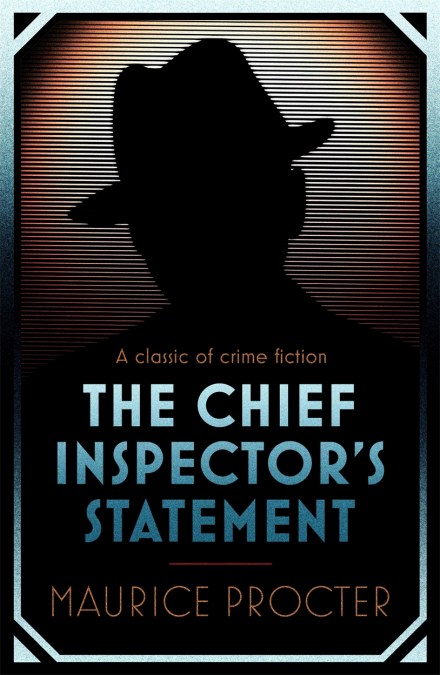 by Maurice Procter
A small village is the scene of two brutal murders – and everyone is under suspicion.
A classic of crime fiction


The village of Pennycross is the scene of two brutal child murders within a few months. The villagers’ lives are monitored by a team of police, led by Chief Inspector Hunter, as they watch and wait, piecing together the clues to trap the killer before another life is lost. 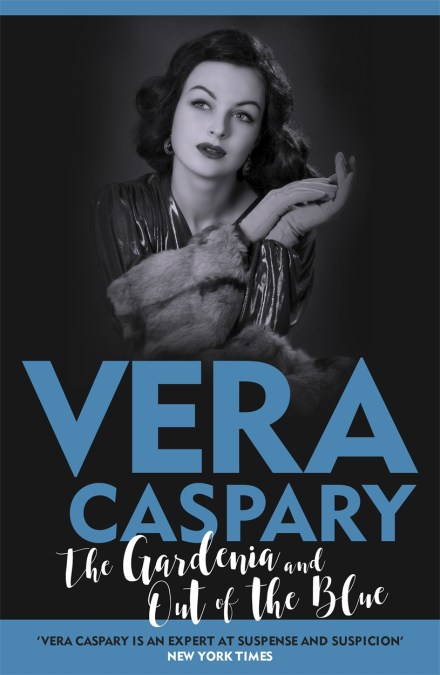 by Vera Caspary
Agnes receives few compliments, and Henry Preble is not so bad-looking even if he does have a reputation for cornering girls at work. In the eyes of the world, knowing that you’re on the shelf at twenty-four can do strange things to a girl. So strange that you might wake up one morning with almost no recollection of the previous night’s events . . . Published for the first time in the UK, The Gardenia, the basis for Fritz Lang’s 1953 classic Hollywood noir film The Blue Gardenia, is a gripping story of suspense and a brilliant exposé of the press sensationalism of 1950s America.

This volume also contains Out of the Blue, which was made into a comedy film in 1947 starring George Brent and Carole Landis. 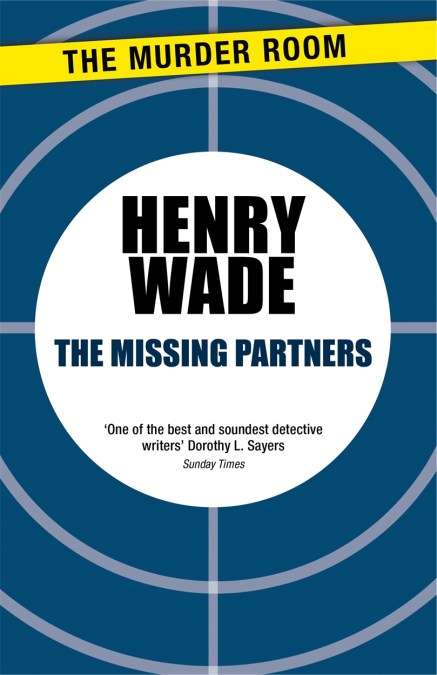 by Henry Wade
Cousins James and Charles Morden run a shipping company in Liverpool that is, in the wake of the Great War, struggling. It appears there have been financial irregularities, and then James Morden’s body is washed up on a bank of the Mersey. Evidence points to Charles Morden, after burning a lot of papers, having fled to New York.

It turns out there’s an illicit side to the business – and that James Morden’s wife, Lilith, is a major player.

The strands of the plot seem past untangling, but the family solicitor, William Turnbull, grasps every thread and draws them all together . . . 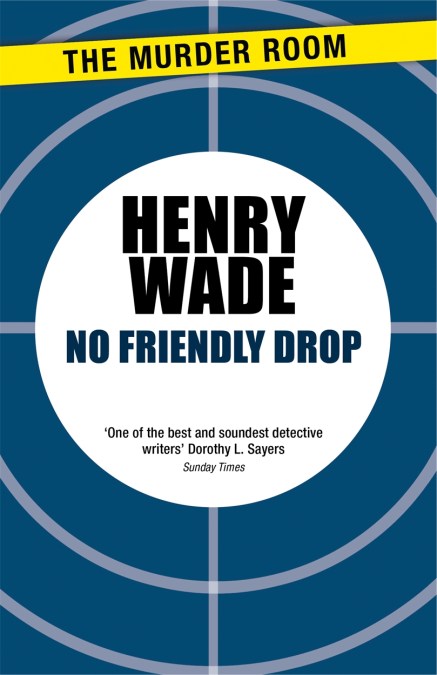 by Henry Wade
At first it seems that Lord Henry Grayle has taken an overdose of sleeping medicine, but the autopsy reveals a tiny amount of scopolamine along with the draught – harmless in itself, but fatal when mixed . . .

A poisoner with apparently expert knowledge is at work in the great house at Tassart. But from what motive, and how? Before he can find an answer to these questions, Detective Inspector John Poole is faced with a second, more horrible murder.

And when there are shocking revelations both above and below stairs, Poole starts to see light breaking on the horizon. 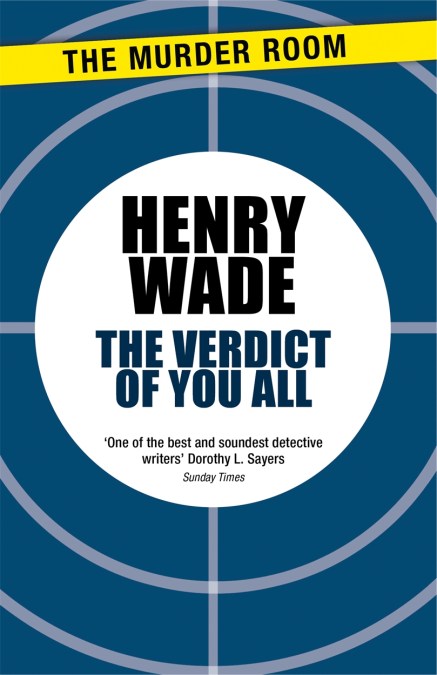 The Verdict of You All

by Henry Wade
Geoffrey Hastings is doing very well for himself: having survived the Great War, he is not only working for wealthy financier Sir John Smethurst but is engaged to his daughter, Emily. Hastings has a rival for Emily’s affections in the form of Samuel McCorquodale, a successful businessman and both friend and rival of Sir John, and there is no love lost between the two men.

Then Sir John is found murdered, and suspicion falls on Hastings until an unexpected alibi sets him free.

But who did murder Sir John? Layer after layer of deception is peeled away until the shocking truth emerges . . . 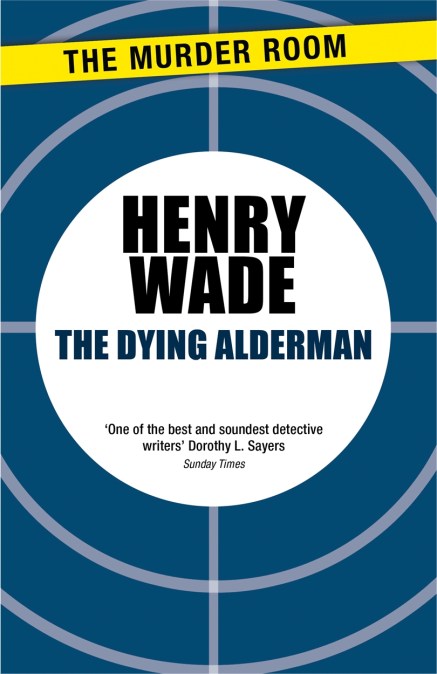 by Henry Wade
At a meeting of Quenborough Borough Council, the Mayor, Sir John Assington, is accused by Alderman Trant of wasting money and turning a blind eye to speculators on the make.

Then Trant is stabbed with his own knife, and while dying, manages to scratch the initials ‘MA’ on a piece of paper.

Local Chief Constable Race is on the case. He is new to the force, so Superintendent Vorley comes to his aid. With the help of Scotland Yard, in the shape of Inspector Lott, they each bring a different approach to the investigation.

For the truth is rarely straightforward . . . 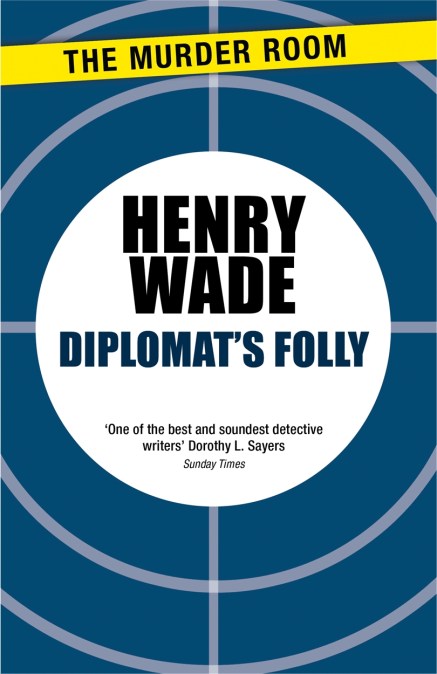 by Henry Wade
Aylwin Hundrych is a diplomat with political aspirations, who was once involved with a French girl, Antoinette, with whom he unwittingly shared details about a royal visit to Paris – details which put the King’s life in danger. Antoinette’s brother holds the former lovers’ letters, and is threatening to use them. Hundrych makes a first payment, but the demands continue.

Hundrych enlists his old friend Sir Vane Tabbard’s son, an ex-commando called Gray Tabbard, who is not too scrupulous about what he does. Gray searches the blackmailer’s apartment, but reports back that he cannot find a particularly compromising note.

And Gray is in love with the girl Hundrych plans to marry . . . 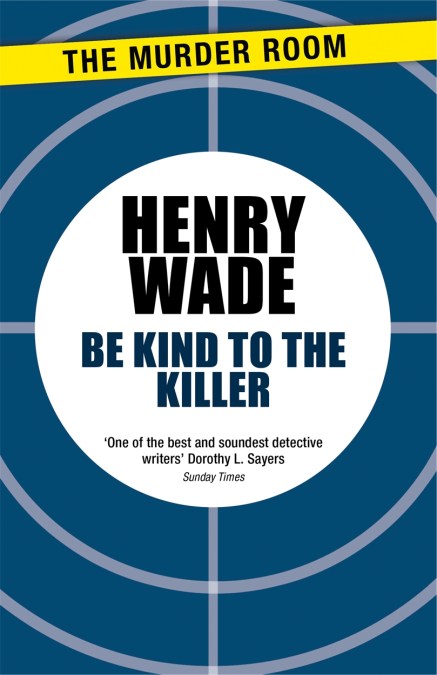 Be Kind to the Killer

by Henry Wade
Detective Constable Henry Campion turns lone avenger when his childhood friend and colleague DC Fred Jordan is shot dead by a gangster who is spared the death sentence. And Campion is convinced there were two killers. To try to catch the second, Campion goes undercover as a spiv in a King’s Cross nightclub, the Full Moon.

But Campion’s adventures at the Full Moon draw him deeper into gangland, and closer to the woman of his dreams – his dead friend’s widow . . .

But is it love, or is Anne Jordan using Campion for her own ends? 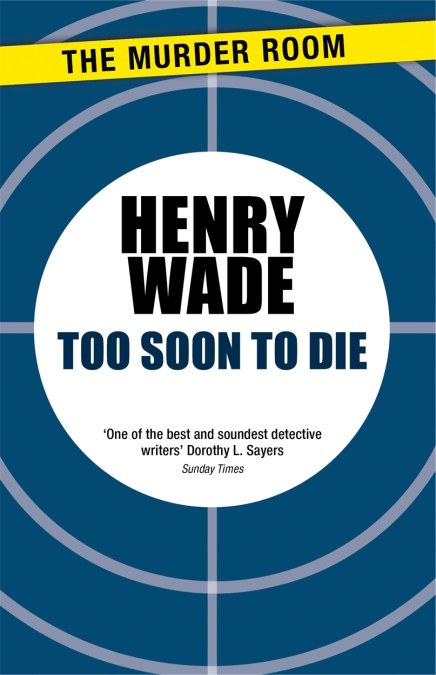 Too Soon to Die

by Henry Wade
Colonel Jerrod has just six months to live, but he needs a year if he is to save Brackton, the family estate, from crippling death duties. Then his ambitious son, Grant, has an idea, one that involves Colonel Jerrod’s carefree brother, Philip, and which develops into a complicated fraud that, he hopes, will safeguard Brackton for future generations.

But there is a boating accident, in which Colonel Jerrod is believed drowned, and a visit at Brackton from the Inland Revenue to clear up some routine questions . . . Before long, Chief Inspector Poole finds himself drawn into the investigation with questions of his own.
Next Page