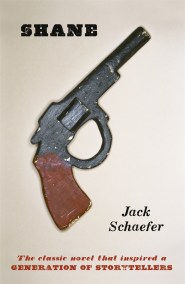 'If you read only one western in your life, this is the one' Roland Smith, author of Peak He rode into our valley in the…