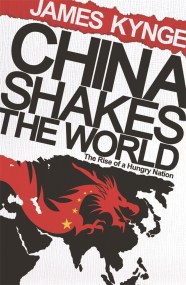 Authoritative and fully up-to-date account by leading China expert on China's economic rise and how it will affect the world The new China, the nation…