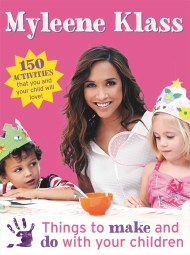 Things to Make and Do With Your Children

Bumper collection of fun activities, stories, songs and rhymes, plus advice from Myleene Klass, one of Britain's most popular mums. Whether you have five minutes…