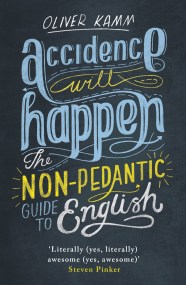 Are standards of English alright - or should that be all right? To knowingly split an infinitive or not to? And what about ending a…