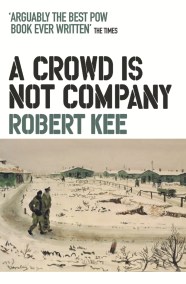 A Crowd Is Not Company

Journalist and broadcaster Robert Kee was an RAF bomber pilot in the Second World War. When his plane was shot down over Nazi-occupied Holland, he…