A stylish blend of techno thriller and hard SF
SFX
Seriously satisfying cyberpunk action meets thoughtful moral philosophy with a dash of detective noir and a supersized side of striking science - the year's best debut to date, and make no mistake
Tor.com
One of the most unusual books I've read this year ... could be the start of something that is going to be very big indeed
SFF World
Jam packed with innovative ideas and fresh approaches to storytelling, Crashing Heaven could just be the one book that everyone will talk about in 2015
Upcoming 4 Me
Just plain awesome
The Book Plank
Come for the running through corridors shooting things, or for the altering virtual realities to break into secured areas, and stay for the quiet conversations between a man and the AI which will eventually kill him. Very much worth the read
SF&F Reviews
In short: read the book; it's awesome. Crashing Heaven is a hardboiled detective novel set in an unparalleled cyberpunk space that stars a jaded accountant who has a virtual, psychotic puppet attached to his mind...what's not to like?
Bookbeard Reads
bizarre, intelligent and, above all, something new
Interzone
Crashing Heaven is a thrilling ride, a wonderful cross between noir and cyberpunk in a fascinating future dominated by god-like corporations--and features one of the creepiest psychopathic AI characters I've seen in a while
Aliette de Bodard
A spellbinding rugged addition to cyberpunk and science fiction literature in general
Starburst Magazine 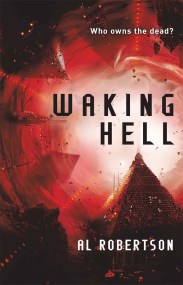 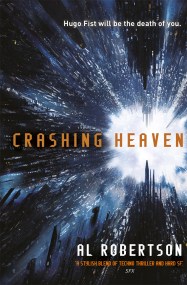