Like a complicated magic spell, a Sapkowski novel is a hodge podge of fantasy, intellectual discouse and dry humour. Recommended
Time Magazine
Character interplay is complex, unsentimental and anchored in brutal shared history
SFX
Delightfully dry humour, mythology brimming with radical creatures and a group of interesting characters, The Last Wish is a great introduction to this universe
Fantasy Book Review
Sapkowski has a confident and rich voice which permeates the prose and remains post-translation. I'd recommend this to any fan of Heroic or Dark fiction
SF Book
One of the best and most interesting fantasy series I've ever read
Nerds of a Feather
Like Mieville and Gaiman, [Sapkowski] takes the old and makes it new . . . [a] fresh take on genre fantasy
Foundation
There's lots of imagination on show, the writing has a strong voice, and the Witcher is an entertaining character
Mark Lawrence
Refreshing and a lot of fun to read
Grimdark Magazine
Captivating, often nerve-wracking, and truthfully . . . rip-roaring fun
Fantasy Hive 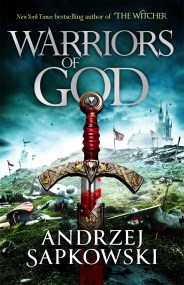