Clever, well-written and twistier than a can of silly-string. You absolutely need to read The Holdout! I could not put it down.
Emma Kavanagh
The most gripping and satisfying thriller I've read in more than a decade
Sophie Hannah
Graham Moore's heart beats on every page of THE HOLDOUT, a murder trial as only he could have written it: secrets and lies, mysteries upon mysteries, and a cast of characters each with their own dubious motives. This is a tense, emotionally charged, scary-good, stand-out read that hooked me till the last page.
Caroline Kepnes
Wow! I loved THE HOLDOUT, in which author Graham Moore does the impossible, creating a page-turning legal thriller with a twisty and absolutely riveting plot, as well as raising profound and though-provoking questions about the jury system and modern justice. All that, plus a strong and compelling female heroine in lawyer Maya Searle, whom you'll root for as the tables turn against her and she finds herself behind bars, with everything on the line. You won't be able to put this one down!
Lisa Scottoline
Plunge a syringe filled with adrenaline into the heart of Twelve Angry Men and you've got The Holdout: the first legal thriller thirty years - ever since Presumed Innocent and A Time to Kill electrified readers the world over - to rank alongside those two modern classics. But Graham Moore's novel is so much more than exhilarating courtroom blood sport: it's a provocative, urgent inquiry into American justice (and injustice) in the twenty-first century; it's a witty battle of the sexes; it's a compassionate character study; it's a fiendishly slippery game of cat-and-mouse suspense. Whether you're a fan of Harper Lee or Lisa Scottoline, if you loved The Lincoln Lawyer or Defending Jacob - or even if you didn't! - The Holdout will astonish you. It sure as hell astonished me.
AJ Finn
Quite the tour de force! Twelve Angry Men meets Chinatown and creates something of its own
Sarah Pinborough
Stayed up late to finish The Holdout. Still in shock this morning ... I didn't see that ending coming! Amazing thriller, deserves to be one of the biggest books of 2020.
Michelle Davies
Terrific twisty and well-structured thriller.
Adele Geras
A gripping read with real psychological tension. *BOOK OF THE WEEK*
Woman's Weekly
Moore's background as a screenwriter might explain his accomplished plotting; but he excels, too, at in-depth characterisation. *Thriller of the Month*
The Sunday Times
Written in snappy chapters, and short, bullish sentences, this is a lot of (silly, gripping) fun.
The Observer
The Oscar-winning screenwriter of The Imitation Game has produced one of the best legal thrillers in recent years. It is as elegant and gripping as Scott Turow's Presumed Innocent.
Geoffrey Wansell, Daily Mail
Oscar-winning screenwriter Graham Moore has fashioned an adrenalin-charged and compulsively readable legal thriller complete with a killer twist.
Irish Independent
Rivals the best of John Grisham and Scott Turow. Highly reccommended!
Simon Lelic 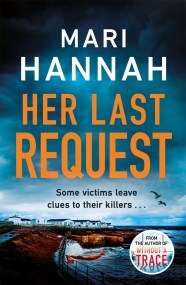