Highly recommended - a funny, finely-wrought, terrifically energetic work of high fantasy. Seek it out
Joe Hill
Before They Are Hanged is an excellent sequel from an author writing compelling, character-driven, adult fantasy, for readers who want to be entertained as well as challenged
SF WORLD
In my opinion, Joe Abercrombie possesses all the qualities that made David Eddings such a powerhouse during the 80s and 90s. Before They Are Hanged is a satisfying sequel which should establish Joe Abercrombie as one of the bright new voices of the genre.
FANTASY HOT LIST
Before They Are Hanged grabs you and drags you along.
SFF SITE
Dark, deeply ironic and full of character gems that will appeal to your cynical side, Before They Are Hanged is as brilliant as its predecessor.
SF REVU
We're right there in the heads of these dudes, thanks to the author's style of showcasing their thoughts. His knowing turn of phrase means that situations often appear ironic, with peripheral characters verging on the Dickensian. This follow-up is crammed with unexpected betrayals, murders and liaisons, often catching us off guard.
SFX 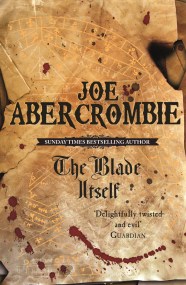 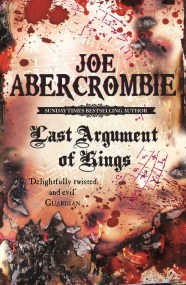