Nobody understands the many faces of cops better than Mari Hannah.
Val McDermid
Mari Hannah writes with a sharp eye and a dark heart.
Peter James
A blistering start to Hannah's new detective series, The Lost pitches her fearless coppers into a case which will explode one family's seemingly perfect life. Mari Hannah is a consummate storyteller and her books genuine must reads for any serious crime fan.
Eva Dolan
Thrilling, exciting and kept me on the edge of my seat. Expertly written and paced pulling me from one chapter to the next, I couldn't put it down!
Angela Marsons
Mari Hannah writes with compassion, humour and a firm grasp of character and plot. Her Kate Daniels series has already won her many fans, and this new series, featuring DS Frankie Oliver and DI David Stone, should win her many more. The Lost is a truly absorbing novel, full of twists and turns, all illuminated by Hannah's suspenseful and thrilling writing.
Peter Robinson
I absolutely LOVED it. I adore Mari's writing and this new series is brilliant. Great new characters to invest in!
Rebecca Bradley
You can't second guess the twists and turns. I look forward to meeting Stone and Oliver again.
Peterborough Evening Telegraph
Emotionally captivating.
The Times
It's a cracker.
Woman's Way 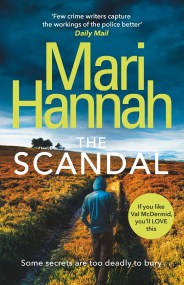 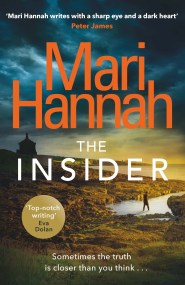