Once in a while there comes a book that reminds us of why we read: to feel, to question, to grow. This is that book. A love letter to R&B, youth, and the unforgettable agonies of one's first love. The emotional truth of this indelibly portrayed family and their messy lives will leave you weeping and shattered. I will read everything Patel writes from here on.
Susie Yang, New York Times bestselling author of White Ivy 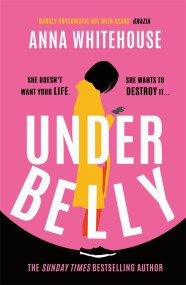