It's a big story, grand on scale and packed with themes that range from the rich/poor divide to racial intolerance and simple greed. It's also a rollicking read, a ripping yarn spent in the company of desperate, damaged, yet ultimately sympathetic individuals. Sykes's love of his characters shines through in his writing, making The City Stained Red his finest book yet.
Starburst Magazine
With playful language, distinctly drawn characters, and a cavalcade of action in service to a coherent plot, this book is a winner. I'll be reading the other books about Lenk and the gang while awaiting the next volume in the Bring Down Heaven trilogy
SF Signal
Sam Sykes has crafted a splendid adventure story here, and I really had times where I could not put the book down and forced myself with eyes so tired to read one more chapter, and then another.
Sleepless Musings
There's plenty of slapstick humour despite the darkness and that familiar sense of wondrous adventure that lurks just around the corner is still here. Still, "The City Stained Red" somehow fells like a better and more streamlined version of its predecessors....Sykes tells just enough to make you eager for more. Well, consider the job done - I'm ready for the sequel.
Upcoming 4 Me 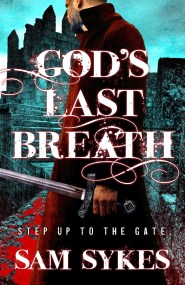 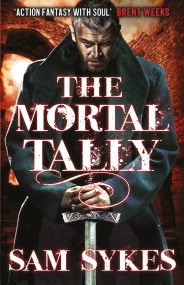