Hoag ensures that her pair have a very individual quality, encapsulated in their razor-sharp dialogue.
THE GUARDIAN 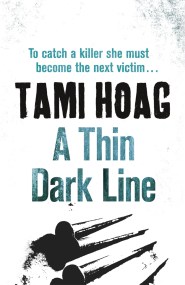