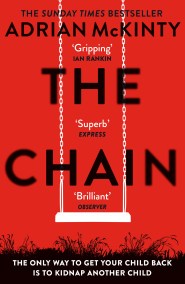 'A heart-stopping roller coaster' DAILY MAIL 'The book everyone is talking about' MIRROR 'A blazing, full-tilt thriller that entirely justifies the hype' GUARDIAN * *…