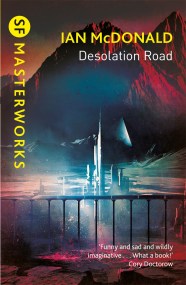 It all started thirty years ago on Mars. By the time it was finished, the town of Desolation Road had been witness to every abnormality… 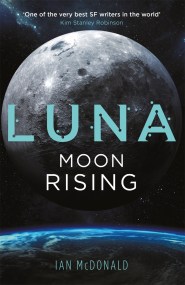 Optioned for TV by CBS in a massive deal, Ian McDonald's Luna trilogy has already been acclaimed as one of the most exciting and important… 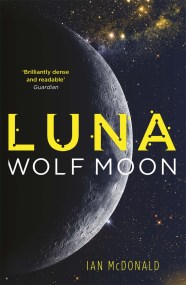 Corta Helio, one of the five family corporations that rule the Moon, has fallen. Its riches are divided up among its many enemies, its survivors… 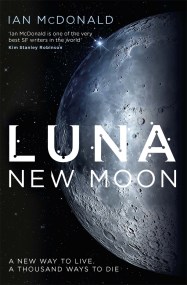 Luna is a gripping thriller about five corporate families caught in a bitter battle for supremacy in the harsh environment of the moon. It's very… 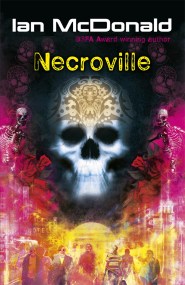 In the Los Angeles ghetto of Necroville, the yearly celebration of the Night of the Dead - where the dead are resurrected through the miracle… 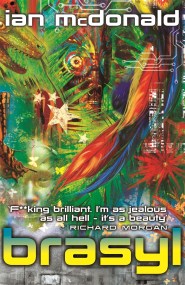 Ian Macdonald's RIVER OF GODS, painted a vivid picture of a near future India, 100 years after independence. It revolutionised British SF for a new… 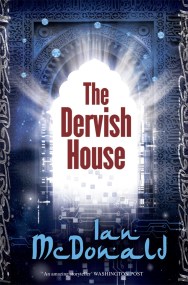 In the CHAGA novels Ian McDonald brought an Africa in the grip of a bizarre alien invasion to life, in RIVER OF GODS he painted… 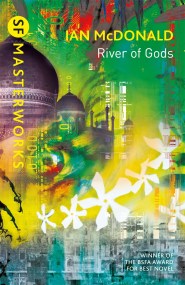 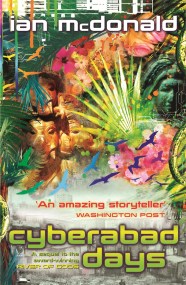 The world: 'Cyberabad' is the India of 2047, a new, muscular superpower of one and a half billion people in an age of artificial intelligences,…