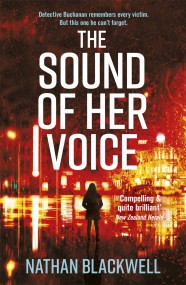 The Sound of Her Voice

Detective Buchanan remembers every victim. But this one he can't forget. The body of a woman has been found on a pristine New Zealand beach…