Something Coming Through is as tight and relentlessly paced as an Elmore Leonard thriller, and full of McAuley's customary sharp eye for dialogue and action. What's really impressive, though, is that it achieves a seamless fusion of the day-after-tomorrow SF novel - it's as interested in gritty Earthbound near-futurism as William Gibson or Lauren Beukes - with the cosmological themes of McAuley's galaxy-spanning space operas. It's the freshest take on first contact and interstellar exploration in many years, and almost feels like the seed for an entire new subgenre
Alistair Reynolds
Highly recommend everybody buy Something Coming Through because it is great
Pat Cadigan
McAuley's latest is smart, it's challenging, and as an exploration of the social consequences of sudden science fictional change, it's very impressive indeed
SFX
The action, slow to get going, builds to a dramatic climax of chases and shoot-outs. Crime-tinged SF at its canniest.
The Financial Times
What really lifts the book out of the ordinary though, is the Jackaroo...The Jackaroo are an enduring mystery that will get readers back for the next instalment.
The Register
It's difficult to find fault with this book - there are a strong cast of characters, enigmatic aliens, a well-woven crime plot and an interesting focus
Fantasy Book Review
It's instantly gripping and Paul goes a long way to slowly ease new readers into his strange and wonderful Jackaroo... I already know that "Something Coming Through" will be one of my favourite books of the year. It finds McAuley at the top of his powers - mind-bending, inspiring and very very exciting
Upcoming 4 Me
Full of exciting plot twists and an intriguing mix of human and non-human chracters, this murder mystery set up in a dystopian is future history at its very best
Starburst Magazine
Packed with ideas, fantastic world-building and enigmas, and combining elements of first contact, alien artifacts, a touch of dystopia and good old fashioned conspiracy, murder and greed. It's a great combination, all handled with a terrific mix of intelligence and accessibility
For Winter's Nights
a compelling and realistically imagined piece of speculative fiction anchored be weighty contemporary concerns
The Irish Times
McAuley writes intelligent hardcore SF, and this should win him countless new readers
The Guardian
Something Coming Through is science fiction at it's peak, its modern, clever, involving. It's got more ideas than a science fair and more mystery than Miss Marple. Wrap that all up in an original first contact story with some enigmatic aliens, even stranger ancient technology and some great characters and you have one hell of a book
SF Book
brilliantly splits the difference between James A. Corey's frenetic science fiction and the more considered catastrophes of McAuley's own Quiet War novels. It's fun; it's fascinating; it's fantastic
Tor.com 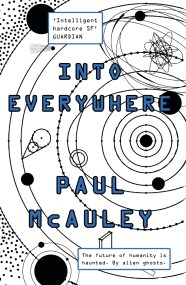 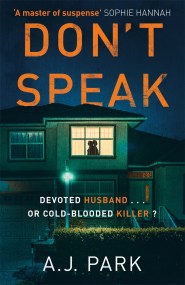